The eastern gateway to Nashua is redeveloping and growing. This area stretches eastward from Downtown Nashua to the Merrimack River.  The two major thoroughfares, East Hollis and Bridge Street are home to many of the City’s oldest industrial sites. The area is nearly all zoned General Industrial, which is a reflection of the historic heavy industrial uses located here in proximity to the rail yards.

While some industrial operations have survived by innovating, many of the former manufacturing sites are now subject to redevelopment plans.  New Hampshire’s first makerspace, MakeIt Labs, provides vitality and a daring attitude that expands from this district’s blue collar roots.  The Bridge Street Redevelopment Project envisions an exciting  alternative, a mixed-use project with a strong residential flavor that will also open up public access to the river and connect this area more strongly to Downtown Nashua.

Bridge Street Waterfront Development Project
The City of Nashua has been working with developer Renaissance Downtowns since 2009 to develop a concept for a mixed use development on 26 acres of land situated at the confluence of the Nashua and Merrimack River.  A concept plan was approved by the Nashua Business & Industrial Development Authority in 2011 and show a potential buildout of over 700 units of housing along with retail space and a waterfront restaurant. 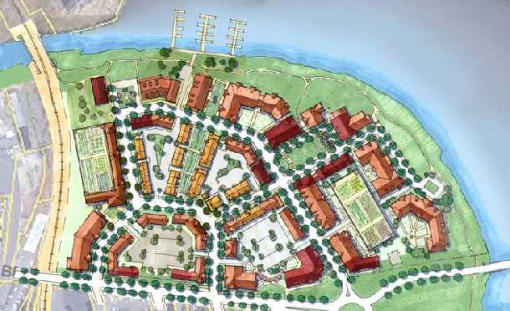 MakeIt Labs
New Hampshire’s first Community-Operated Workshop (a.k.a hackerspace ), MakeIt Labs is an open-access workshop located on Crown Street. It is a place where anyone can come to dream, learn and create with like-minded people. Members have a full access to a 6,000 sq. ft. workshop with metalworking, welding, machining, automotive, carpentry, electronics and programming capabilities. Walk in with an idea, walk out with it made. 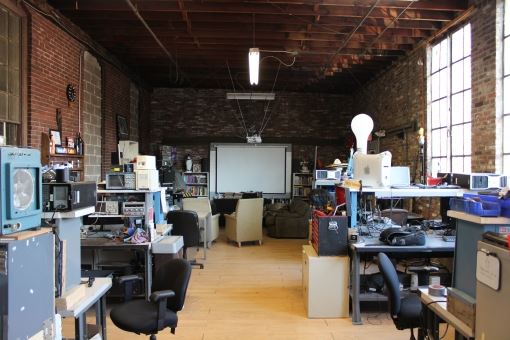