Labyrinths are ancient art forms. They combine the imagery of the circle and spiral into a meandering but purposeful path. Many people are surprised by the instant rapport they feel with a labyrinth. Its basic circularity incorporates a universal shape reflected throughout nature and the solar system. Three dimensionally, the circle becomes a sphere, the shape of atoms, the earth, the sun, planets, and stars. The circle is in us, and we are in it. The circle and the spiral have been utilized since prehistory. 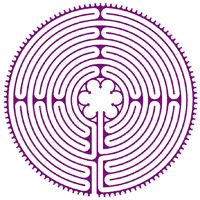 The seasons of the year form a repeating cycle/circle. Having no beginning or end, the circle represents eternity. Walking the labyrinth is like taking time out. During those minutes spent pursuing its circular pattern, our linear persona takes a break as we nourish the ancient, circular self within. It has little to do with physically getting anywhere, except symbolically. It takes us away from “doing” and into “being”.

The labyrinth is a place to meet yourself as well as to explore the metaphor of the movement of life. Sometimes on the path we can see the pattern ahead, and sometimes we cannot, because we are facing out. During the times of not seeing the path we need to trust and can trust that it will come back into view again if we just keep walking, one foot in front of the other. Unlike a maze which functions as a three dimensional puzzle – a construction that alternates

“true” paths and dead ends, and where the builder’s goal is to disorient the person trying to find his way out, the labyrinth is composed of a series of courses leading to a central point. There are no wrong turns or impediments to the path.

Walking the labyrinth brings body and spirit together by breaking down the distinction between activity and contemplation, and encouraging us to consider everyday activity – even a simple walk – as an opportunity to allow ourselves the simple gift of peace and tranquility as we quietly take the time to be present.

"As a stone sculptor, I specialize in the creation and installation of complex designs, including labyrinths. My mission is to create superior works of art in a variety of paving and landscape materials that withstand the tests of time. It is my belief that hand sculpting enhances the individual character of the rock and leaves the imprint of the stonecutter's soul. I am passionate about my daily quest to leave a unique mark on this planet for the benefit of all, now and for generations to come."
-- Marty Kermeen, Labyrinth Artist

It is accessible by bus. > Nashua Transit System 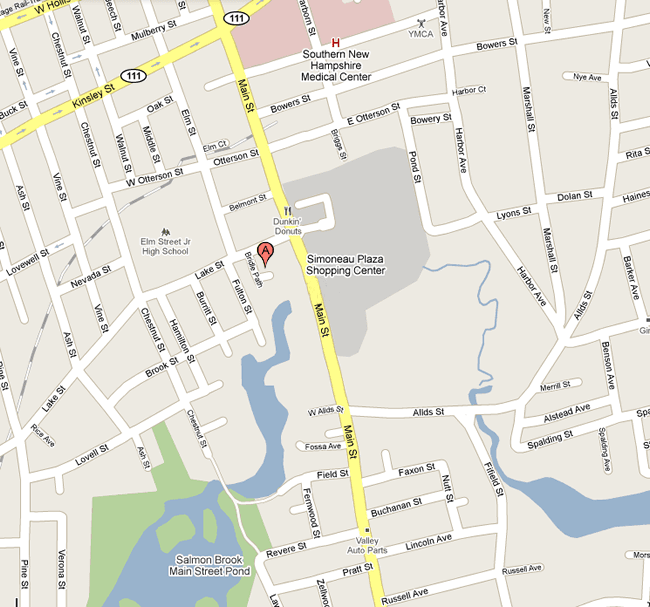