The Heritage Rail Trail project was started in the 1990s to reduce congestion along East and West Hollis Streets by providing an alternative bicycle and pedestrian transportation route through the heart of the City’s most densely populated neighborhoods. In 1993, a federal Transportation Enhancement Program grant was awarded to acquire land and construct the Heritage Rail Trail West, which extends from City Hall to Simon Street. Construction on that section was completed in 1999.

Federal Transportation Enhancement grants were again awarded in 2005 and 2009 for the purchase of the rail trail parcels east of Main Street and in 2017, the City was awarded a federal Congestion Mitigation and Air Quality Improvement (CMAQ) grant to design and construct the Heritage Rail Trail East. This new section of rail trail will pick up where the Heritage Rail Trail West ends and extend along East Hollis Street from Main Street to Denton Street, near the future rail station at 25 Crown Street. It is anticipated that construction on this section will be completed in 2022. 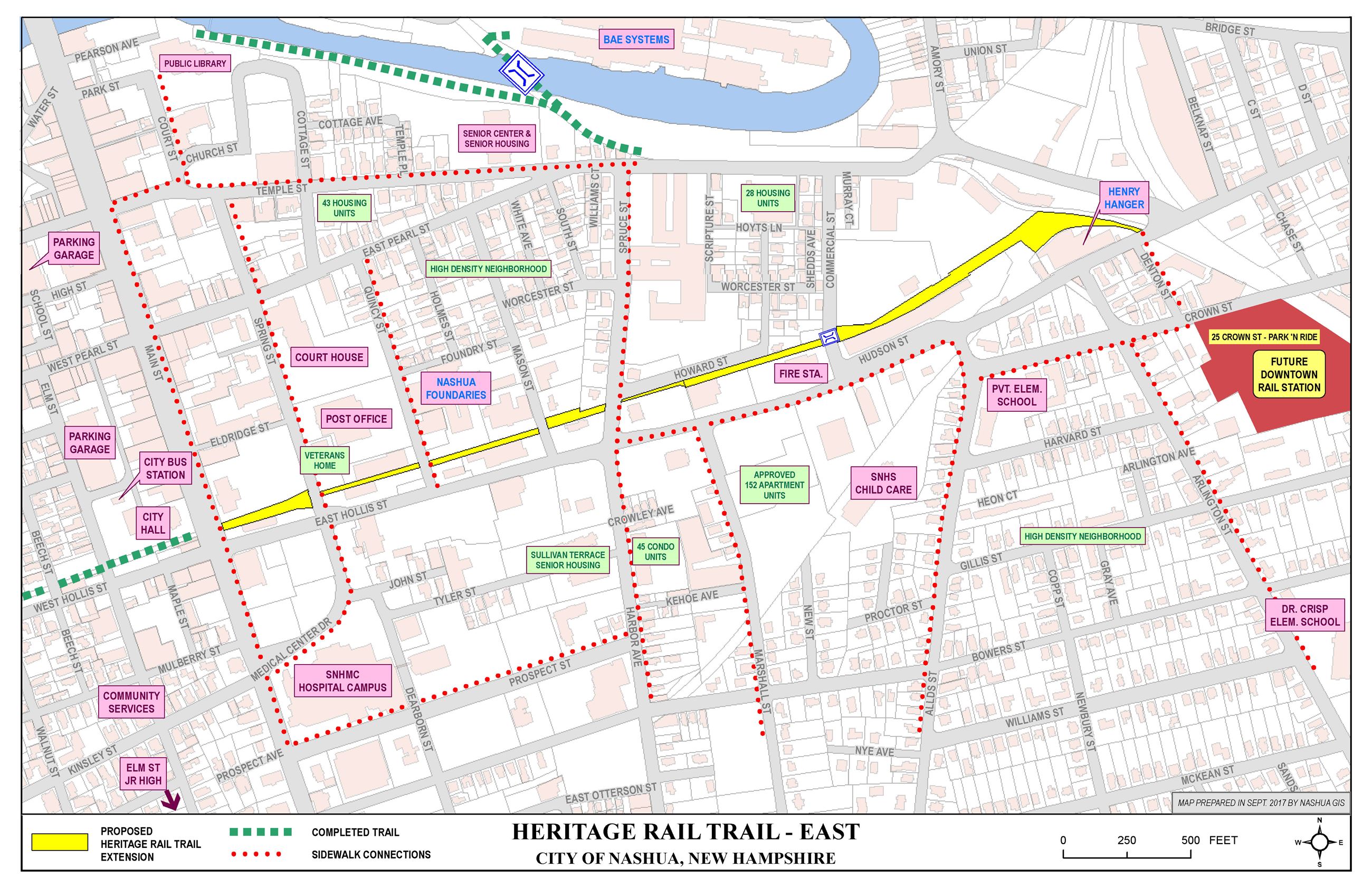 Send a message to the address above to join our email list and stay informed about this project!