Health equity is achieved within a community when every person has the opportunity to attain their full health potential. This occurs when no one is disadvantaged from achieving their best health due to social position or other socially determined circumstances.

Inequities are created when systematic barriers disproportionately impact minority groups. Racial, ethnic, linguistic, and sexual minorities have been historically withheld from obtaining resources that are needed to be healthy, which is a clear barrier to achieving health equity.

In order to achieve health equity and ensure every person has equitable access to health and healthcare services, we must collectively address health disparities and injustices.

The term health disparity is often used to describe differences in access to healthcare and health outcomes between racial and ethnic groups. However, disparities exist across other dimensions as well, such as gender, sexual orientation, age, disability status, socioeconomic status, and geographic location. 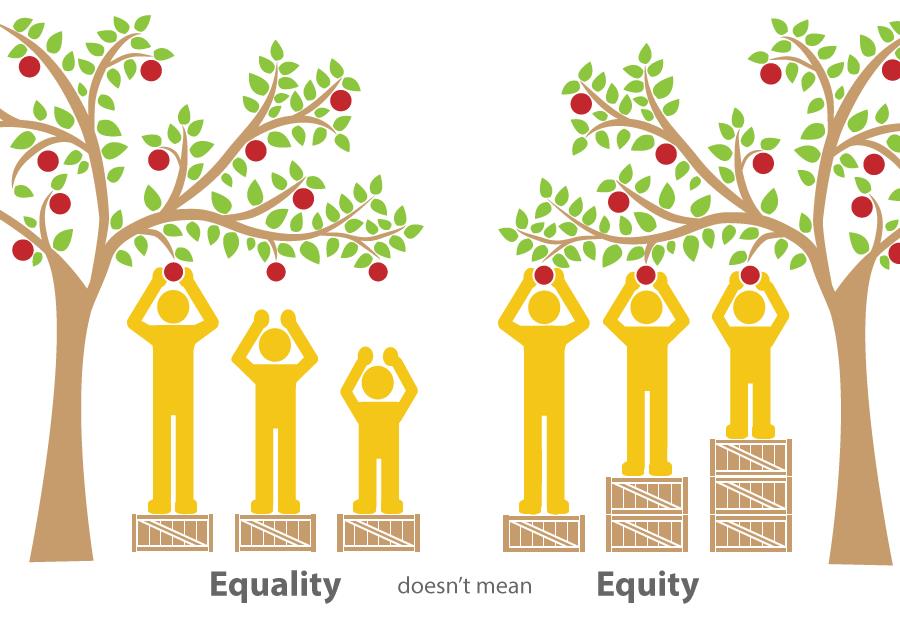 In the United States there are substantial health inequities attributable to the constructs of race, ethnicity, gender, and geographic location. There inequities are observed for a variety of health outcomes, including the prevalence, incidence, mortality, and morbidity due to countless health outcomes (i.e. cancer, homicide, heart disease etc). Differences in health between these groups are caused by socioeconomic status, environmental conditions, community environments, variations in medical care, and many other factors.

According to the 2020 Greater Nashua Community Health Assessment (CHA):

Racism as a Public Health Issue

Throughout our nation, many states have declared racism as a public health crisis. Racism affects the health of a community by preventing some people the opportunity to attain their full health potential. As a driving force of the social determinants of health and a barrier to health equity, the Nashua Division of Public Health and Community Services (DPHCS) has identified racism as a public health priority. By doing so, we are committed to prioritizing racial equity at the core of our work, advocating for policies that improve health in communities of color, and educating about the impact racism has on our community.

Refer to the 2022 Greater Nashua Community Health Improvement Plan (CHIP) to see how the Greater Nashua Public Health Region (GNPHR) is working to address health disparities in our community.

This Equity List is a Google group powered by the good ideas and contributions of members of the NH Equity Collaborative. Share resources and upcoming events that are relevant to advancing health and equity for all people in NH. Join by clicking here.

The purpose of this committee is to facilitate communication between the ethnic community and City government. Learn more and see meeting minutes by clicking here.

One Greater Nashua is a broad-based coalition of organizations and individuals seeking to improve health equity in Nashua and 10 surrounding communities by enhancing social inclusion and integration efforts. Of the things that influence health outcomes, social factors account for 40 percent of a person’s health. If people feel more connected to their community and have better opportunity to participate and thrive, studies show that over time they will have better health outcomes and the entire community will be stronger for it. Learn more and join by clicking here.