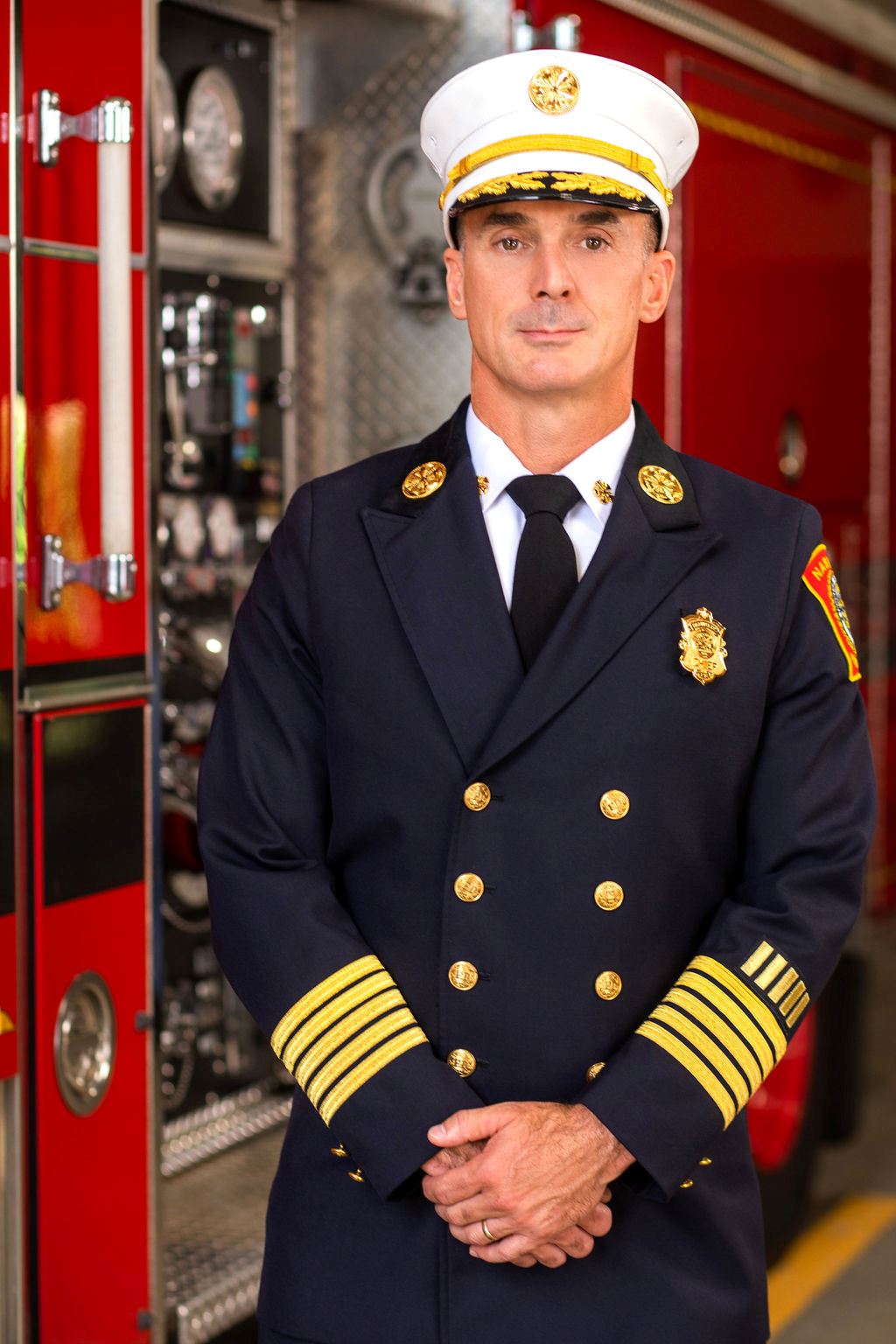 Chief Steve M. Buxton has been a professional Fire Fighter since 1992, he joined Nashua Fire Rescue in December of 1996. He was promoted to Lieutenant in 2004, to the rank of Captain in 2013, Deputy Fire Chief in April of 2018, Assistant Chief Sept. 2020 and Chief of Nashua Fire Rescue Department March 2022.

Chief Buxton is an original member of the Nashua Fire Rescue Dive Team and the SMART Hazardous Materials Response Team. He served as Dive Team Captain from 2012 until his promotion to Deputy Chief in 2018.  In addition to numerous state and national certifications, he holds an Associate’s degree in Fire Science from New Hampshire Technical College in Laconia, NH. In 2017 he received his Bachelor's Degree in Fire Science from Anna Maria College in Paxton Massachusetts.

Chief Buxton and his wife Heidi reside in the city and have two grown children. 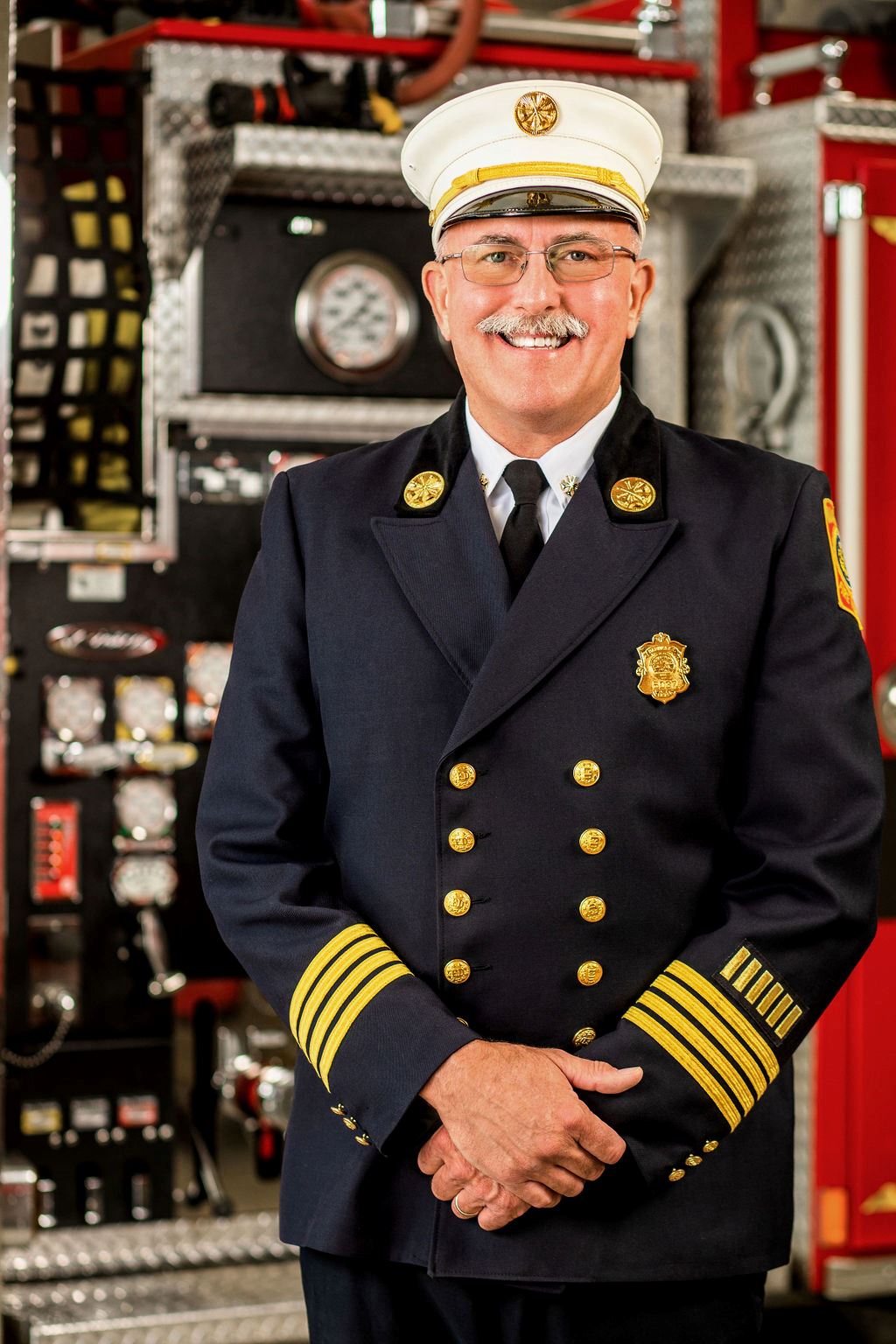 Assistant Chief Atkinson holds a Bachelors of Science degree in Public Service Management from Granite State College. He holds an Associates degree in Fire Science from New Hampshire Technical College. Chief Atkinson is one of the original members of the SMART Hazardous Materials Response Team as a certified Hazardous Materials Technician. He served as the hazmat team captain from 2015 to 2017. In addition, he holds  numerous state and national certifications.

Assistant Chief Atkinson and his wife reside in Brookline and have two grown daughters.

Deputy Chief Mark Wholey is assigned as the Shift Commander of Group 1. After serving both the Gilmanton and Hudson, NH Fire Departments, he joined Nashua Fire Rescue in 2001. He was promoted to Lieutenant in 2008, Captain in 2015, and Deputy Chief in 2022.

Deputy Wholey holds a B.S in Fire Service Administration from Eastern Oregon University and a MPA in Emergency Management from Anna Maria College. Deputy Wholey is a graduate of the National Fire Academy’s Executive Fire Officer Program in Emmitsburg, Maryland.

Deputy Chief Wholey served on the Executive Board of IAFF 789 as the Steward-at-large for several years. He also served 3-terms as President of the Nashua Firemen’s Relief Association.

Deputy Wholey resides in Nashua with his wife, Kelli and their two children. 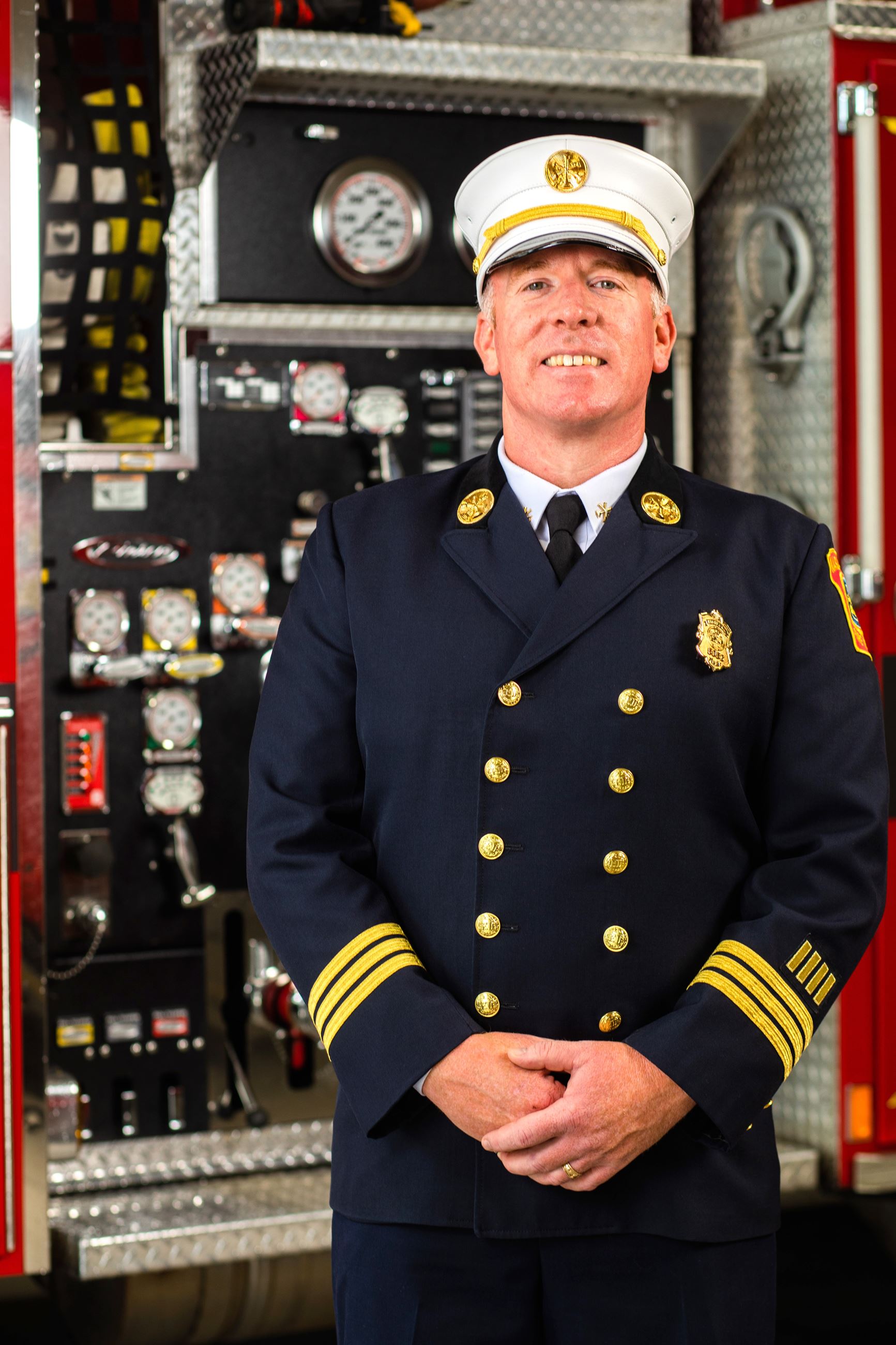 Deputy Chief James Kirk is the Shift Commander of Group 2.  Since joining Nashua Fire Rescue as a firefighter in April 1998, Deputy Kirk has been a Lieutenant, Captain, and was most recently promoted to Deputy Chief in September 2020.  He was also the Union President of Nashua Firefighters Association, Local 789 from 2010 – 2014.

Deputy Kirk holds a Bachelor of Science degree in Fire Service Administration from Eastern Oregon University and is currently enrolled in the Executive Fire Officer Program at the National Fire Academy.

Deputy Kirk’s wife Marie is a private school Principal in Nashua and his daughter Emma is enrolled in the class of 2025 at Bishop Guertin High School.

Deputy Chief Barrows is the Shift Commander of Group 3. 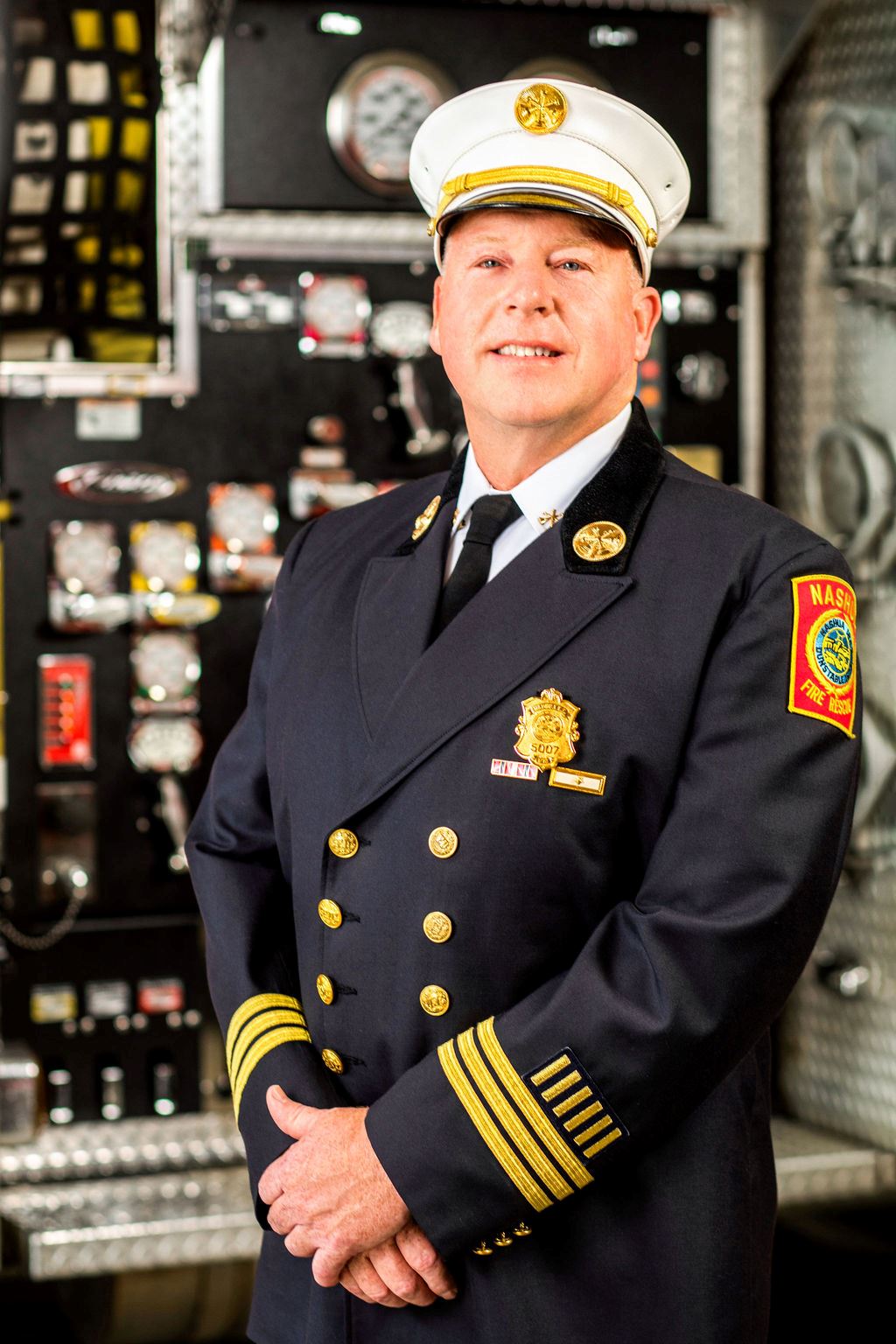 Deputy Chief Kevin Kerrigan is the Shift Commander of Group 4.  Deputy Kerrigan was appointed to Nashua Fire Rescue in 1987, promoted to Lieutenant in 1999 and to Captain in 2007.  In June, 2011 he was promoted to the rank of Deputy Chief.

In addition to his shift responsibilities, Deputy Kerrigan maintains oversight of all firefighting tools and equipment. He is also the grant writer and grant administrator for Nashua Fire Rescue.